How they were the pioneers of popular music. By Ray Pallett, Editor of Memory Lane magazine

Over a generation before the advent of rock ‘n’ roll in the 1950s, popular music was evolving with the dance bands becoming the pop stars of the day and the emergence of the Britain’s first pop singer, Al Bowlly. 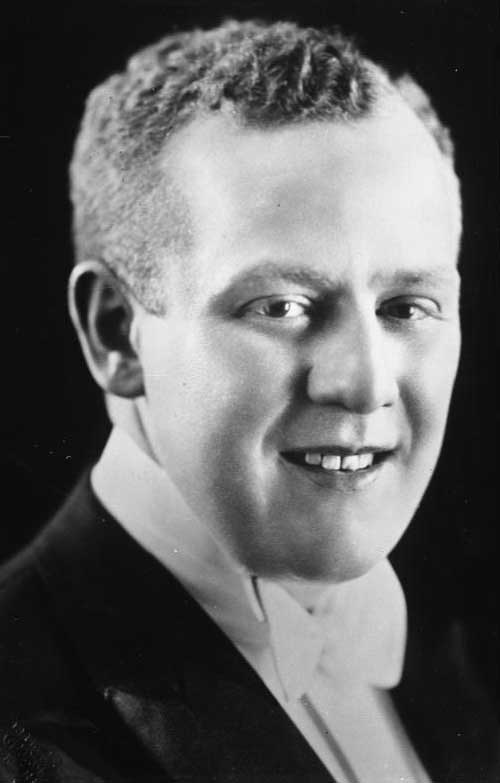 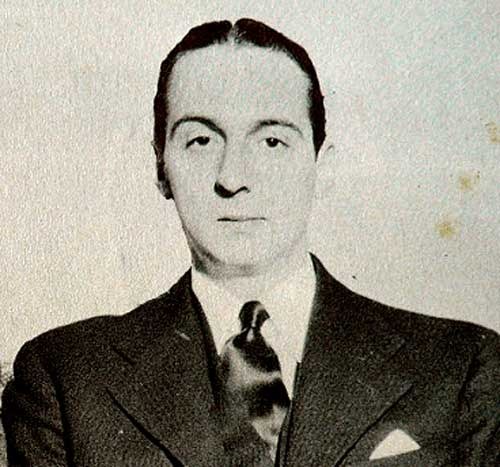 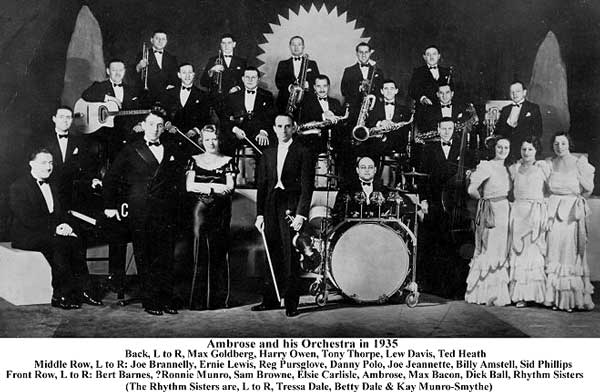 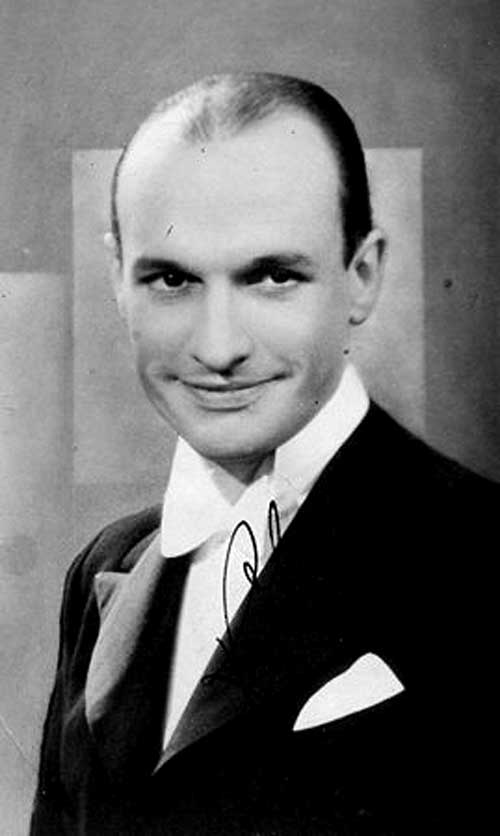 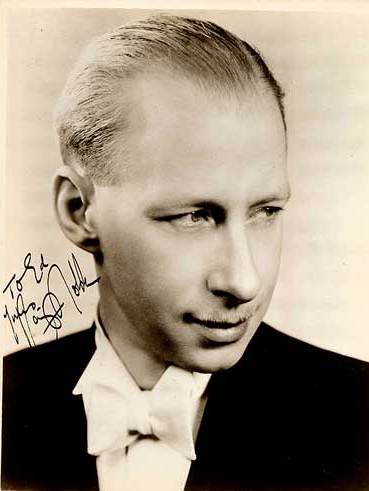 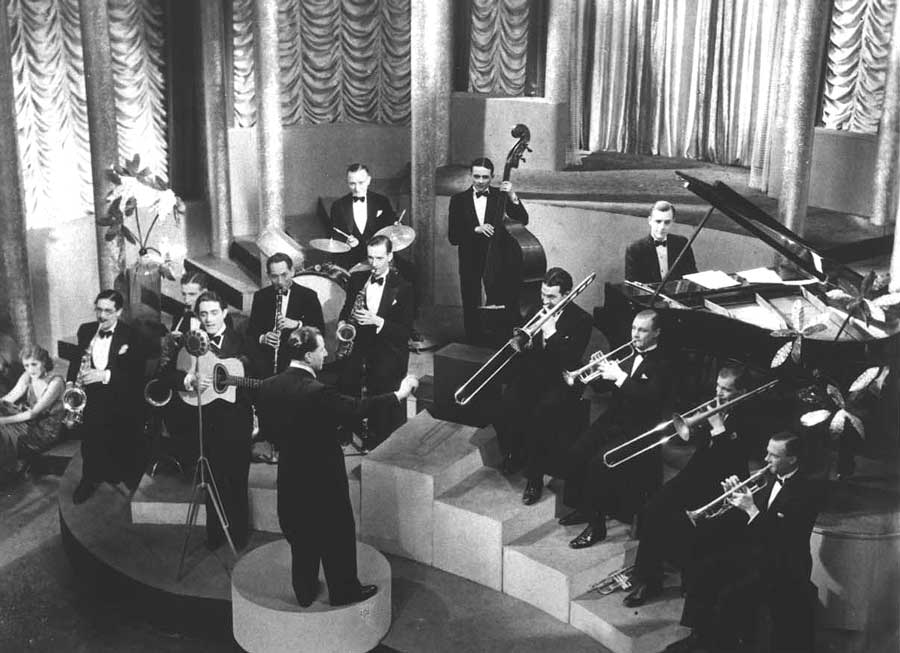 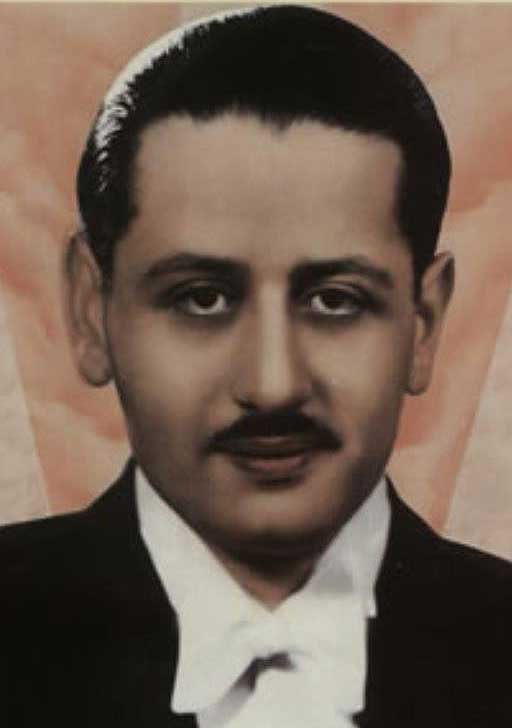 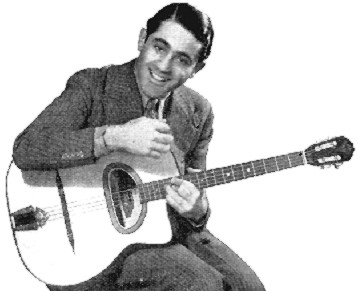 Firstly, we need to travel back to the early 20th century. Ragtime, a form of jazz raised its head some years prior to the start of hostilities in 1914. By the 1920s it had developed into a hotter type of music full of syncopated rhythm. Men and women were attracted to the new exciting sounds and enjoyed themselves again. New dances like the foxtrot became very popular as well as more athletic ones like the Charleston. Being able to dance was a fine way to find the partner of your choice! With the increasing demand for places to house such activities there grew a demand for groups of musicians to fill the air with music to dance to. In other words “dance bands” and this was the start of pop music. But in the pre-rock ‘n’ roll era, it was known as “dance music”. The dance bands developed in the 1920s. This article takes a look at the British contribution to dance band music. Among the earliest bands were those at London’s Savoy Hotel, the Savoy Orpheans, and the band led by one of the earliest maestros of dance music, Jack Hylton.

One of the significant changes during the 1920s was the removal of the banjo to be replaced by the guitar in the rhythm section. And that instrument featured more and more strongly as time passed until, when popular music had evolved into rock ‘n’ roll, the guitar was the mainstay of every band.

The dance bands reached their heyday in the 1930s. The nationally known bands, or what I refer to as the “Premier League of Dance Bands” were those who had residences at swanky London hotels, restaurants and night clubs. Perhaps the No. 1 band of the 1930s was Ambrose and his Orchestra who played at the May Fair Hotel in Berkeley Street and subsequently at the Embassy Club in New Bond Street. Ambrose employed the best musicians and singers; he knew exactly how he wanted his band to sound and employed the best arrangers to achieve that. Thus his band was the highest paid in the land and was loved by Royalty and the society set.

One of the most sophisticated bands was that led by Roy Fox, a suave and quietly-spoken American who came over in 1930s, loved London so much that he decided to stay. His band opened at the sumptuous Monseigneur Restaurant in Piccadilly and subsequently appeared at the Café Anglais in Leicester Square and the Kit Cat Club in Haymarket.

Another American who came to the UK in the 1920s was Carroll Gibbons who became closely associated with the Savoy Hotel, leading the Savoy Orpheans there for many years eventually becoming the hotel’s director of entertainment. Geraldo and Fred Elizalde also had bands at the Savoy.

There are really too many “Premier League” bands of the era to cover in any detail, but mention must be made of Jack Jackson at the Dorchester Hotel, Sid Lipton just down Park Lane at the Grosvenor House, Brian Lawrance at the Lansdowne House in Berkeley Square, Harry Roy at the Café Anglais, pianist Charlie Kunz at the Casani Club in Regent Street, Joe Loss at the Astoria Ballroom in Charing Cross Road and Lew Stone and Mantovani at the Monseigneur Restaurant in Piccadilly.

Although most nationally-known bandleaders had an evening residency at a London location, perhaps the most prestigious engagement was as leader of the BBC’s own dance orchestra. The first person to have this engagement was Jack Payne from 1928 to 1932; he had previously been at the Hotel Cecil in the Strand and left the BBC to take a show band on tour. From 1932 to 1939 Henry Hall was leader of the BBC Dance Orchestra after which he toured and continued on the BBC with his Guest Night programmes.

But it was not only Jack Payne and Henry Hall who broadcast – many other bands did as well, not just from London but also from the provinces including Bertini from Blackpool, Billy Merrin from Nottingham and Reg Williams from Weston-Super-Mare. The BBC also had late night dance music programmes from London on Monday through Saturday (the BBC’s Lord Reith did not believe in having popular entertainment on Sundays.) Ambrose had the top spot on Saturday night.

The bands did not only have regular evening engagements and regular broadcasts but also made records on a multitude of record labels including HMV and Decca. And the record companies had their own “house bands”. The best-remembered house-band leader was Ray Noble who led the New Mayfair Dance Orchestra at HMV. Not only did he write brilliant arrangements for his band and accompanied top HMV artistes like Jack Buchanan and Gracie Fields, but he wrote many great songs including Goodnight Sweetheart, Love Is The Sweetest Thing, The Very Thought Of You and The Touch Of Your Lips.

The dance bands also starred in their own films. Jack Payne made two Say It with Music and Sunshine Ahead; Henry Hall appeared in Music Hath Charms; Ambrose in Soft Lights And Sweet Music; Jack Hylton in She Shall Have Music and Harry Roy in Rhythm Racketeer to name just a few.

And alongside the development of the dance bands was the development of technology. First came microphone and amplification in the 1920s and the quality of this equipment developed continuously, enabling the dance bands, and perhaps even more importantly the singers in the bands, to be heard more clearly than ever before. The technology made radio possible and for the first time sound could be realistically recorded. Through radio and records, the London bands became nationally known. During this time, the dance bands progressed into complete entertainment units within themselves and would play to packed theatres. The bandleaders were the rock stars of the time – driving Rolls Royces, owning race horses and “living the life”.

As regards singing, initially, this was not considered as important as playing an instrument. However, in an era of great song writing and great lyrics, the singer’s role became more and more important.

By the 1930s, most of the “name” bands had a singer. For example, Ambrose had Sam Browne, Elsie Carlisle and Vera Lynn; Henry Hall had Les Allen; Roy Fox had Denny Dennis; Jack Hylton had Pat O’Malley and Joe Loss had Chick Henderson. But there was another singer who has been cited as “inventing pop singing” and has been called Britain's, if not the world’s, first pop singer if you define pop singer as someone who stands in front of a band and sings the hits of the day strumming a guitar. (Although, of course, the phrase “pop singer” had not been coined then.) This singer was Al Bowlly.

The dance bands left us a legacy of great recordings of wonderful songs played mostly in a sweet and melodic style, but sometimes in a hot jazz style, sometimes as a comedy or novelty style. Many of the songs crafted by the likes of Irving Berlin, Cole Porter or our own Ray Noble had words that were real poetry.

If this story has intrigues you, do, please subscribe to Memory Lane to learn more about the bands and to help preserve their wonderful music. There are plenty of dance band CDs available, click on the link below to buy our dance band and vocalists CDs.